Chattanooga’s Zguro Named League One Player of the Week

TAMPA, Fla. – Chattanooga Red Wolves SC midfielder Vangjel Zguro has been named the USL League One Player of the Week for Week 27 of the league’s inaugural 2019 season.

Zguro recorded one assist and had six key passes as the Red Wolves earned a 2-1 victory against the Richmond Kickers on Saturday night at David Stanton Field. The result kept Chattanooga in contention for the final place in the League One Playoffs as the regular season goes into its final week. 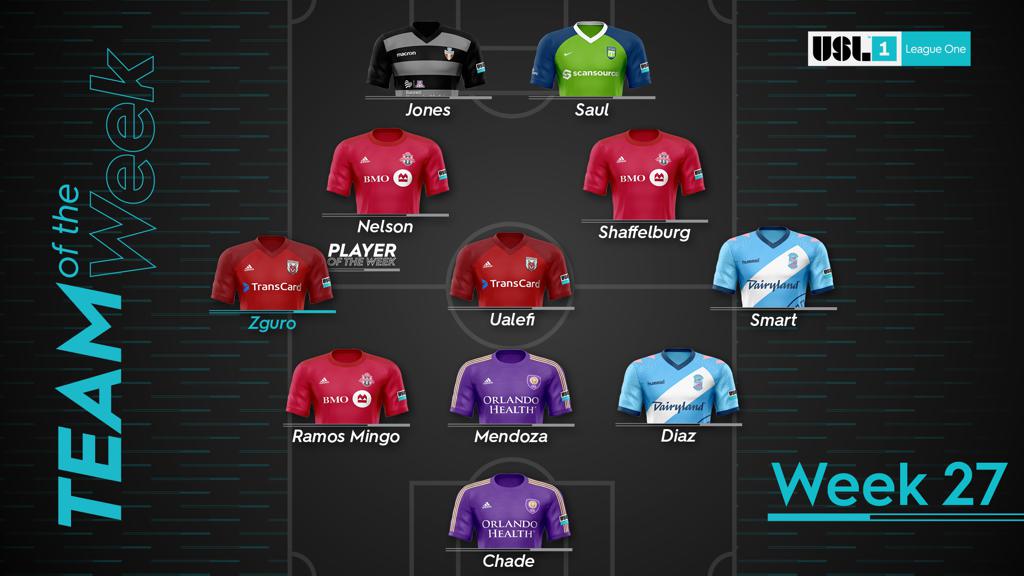 GK – Juliano Chade, Orlando City B: Chade recorded a four-save shutout and made eight recoveries as Orlando earned a 1-0 victory on the road against Greenville Triumph SC on Friday night.

D – Randy Mendoza, Orlando City B: Mendoza won 7 of 9 duels, recorded nine clearances and one interception and completed 20 of 30 passes in Orlando’s shutout victory against Greenville.

M – Vangjel Zguro, Chattanooga Red Wolves SC: Zguro had one assist and six chances created, completed 16 of 22 passes and 4 of 4 dribbles and made five recoveries in Red Wolves SC’s victory against Richmond.

F – Jordan Jones, FC Tucson: Jones scored in both of Tucson’s outings for the week to move to nine goals for the regular season, while also completing 18 of 29 passes and one key pass.