What to Watch For – League One Week 25

Tucson, Greenville aim for rebound; Lansing could be major hurdle for Red Wolves 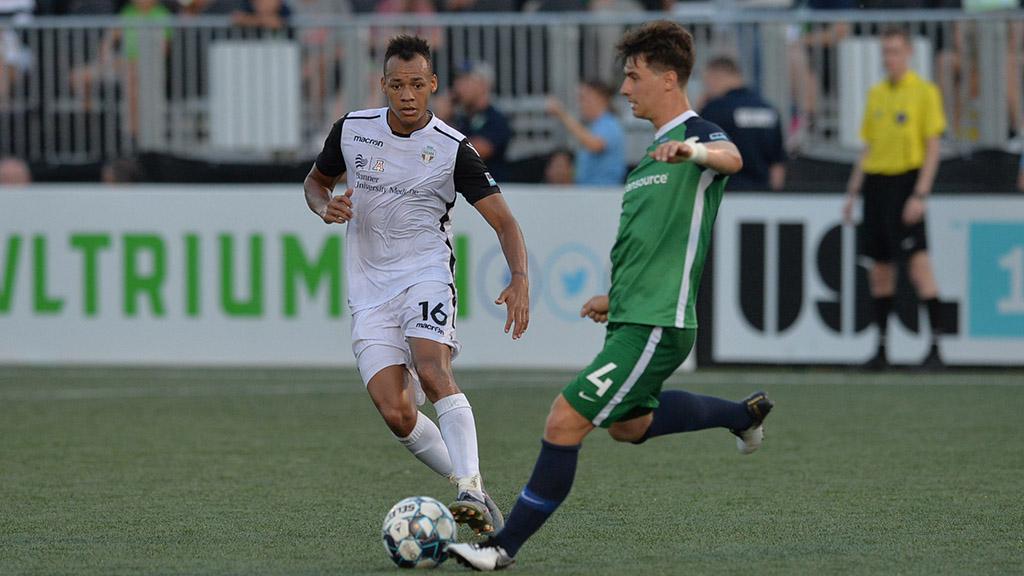 The date and time of the first semifinal in the USL League One Playoffs is set after North Texas SC’s victory on Tuesday night against the Richmond Kickers, but this weekend figures to play a major part in determining which team will head to Toyota Stadium on October 12 to face the league leaders. Here are five things to watch out for over the next two days.

TUCSON REQUIRES ROAD RESPONSE: FC Tucson had a chance to make a major statement – as well as take a big step forward – in its bid to reach the League One Playoffs last Friday night against Lansing Ignite FC, but instead suffered the biggest home defeat by any side in the league’s inaugural season. If there’s a silver lining for Tucson, it’s that Richmond’s defeat to North Texas on Tuesday leaves it still narrowly in control of its own destiny with five games remaining. On top of that, the last time Head Coach Darren Sawatzky’s side visited Greenville Triumph SC on July 20 it rode two goals by Devyn Jambga and two assists by Jordan Jones to a 3-1 victory. A repeat performance this Friday night at Legacy Early College would be an ideal response to last Friday’s low and set up a final four-game homestand that could propel Tucson into the postseason.

ARRESTED ATTACK IN GREENVILLE: Greenville Triumph SC’s defeat in its last outing didn’t have the same sting as that suffered by Tucson, but it certainly was a frustrating night at City Stadium for the visitors in a 1-0 loss to the Richmond Kickers that saw them record six shots on goal to Richmond’s one. That’s the way things have gone for the last month for Greenville, which has put up attacking numbers in the lower third of the league most of the season but since its last big attacking display – a 3-1 win on the road against the Richmond Kickers – has sunk even further. One goal in four games, that has come on 14 shots on goal, 34 shots overall and a 2.56 conversion rate, is all Greenville has had to show for its recent efforts. With Jake Keegan – whose nine goals are almost half of the 21 produced by Greenville this season – being ruled out of the remainder of the season after undergoing surgery this week, someone is going to have to fill his shoes if Triumph SC is going to take the victory it needs on Saturday and beyond.

LANSING A BIG HURDLE FOR RED WOLVES: Chattanooga Red Wolves SC has, on paper, the easiest run-in of any of the candidates currently below the playoff line looking to earn a postseason berth with Orlando City B, the Richmond Kickers and Toronto FC II all heading to David Stanton Field over the final three weekends of the season. How much pressure the Red Wolves will be under to sweep all three of those contests will be determined on Saturday when Head Coach Tim Hankinson’s side visits the hottest side in League One. Coming off its demolition of FC Tucson on the road last Friday night, Lansing Ignite FC returns home with a playoff berth within reach. Should it take victory against the Red Wolves and two of FC Tucson, Forward Madison FC and South Georgia Tormenta FC fail to take victory, then Lansing will take its place next to North Texas, a big incentive that could be hard for the Red Wolves to withstand after suffering a 2-0 defeat the last time it headed to Michigan. 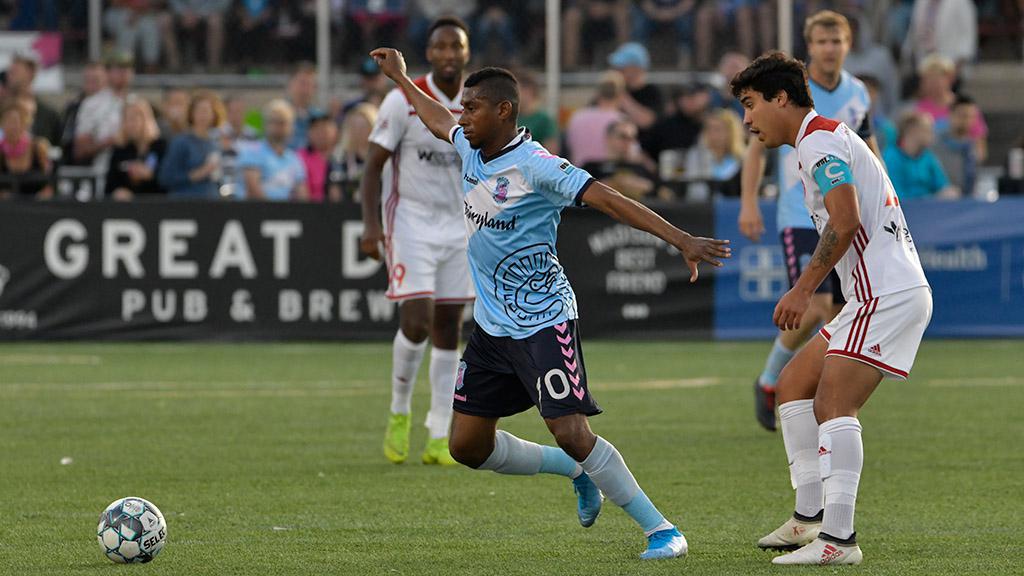 Forward Madison FC and the Richmond Kickers have split their previous two meetings this season, but Saturday's game at City Stadium will prove crucial to the playoff hopes of both. | Photo courtesy Justin Nuoffer / Forward Madison FC

KICKERS' MARGIN NARROWS: The Richmond Kickers were always going to be walking a tightrope in their quest to make a late run to the playoffs, and Head Coach David Bulow will have to hope Tuesday night’s 4-0 loss to North Texas SC didn’t take too much wind out of their sails ahead of Saturday’s home contest against Forward Madison FC. While they have a game in hand on the Flamingos, the Kickers are effectively in must-win territory with a five-point gap to make up to Madison in the standings and five games remaining. For FMFC, this is an ideal opportunity to eliminate one of the potential challengers to its fourth-place position. With a win the Flamingos could create separation from both Tormenta FC and the Red Wolves, who have big tests this weekend against the top two teams in the league. What should be front of mind for both squads, though,is a draw does neither any good, which should make for a compelling contest between two sides that have split 1-0 victories in their previous two meetings this season.

TIMING IS EVERYTHING: Through its own late equalizer in Madison last Saturday night and a series of middling results elsewhere around the league, South Georgia Tormenta FC is still in the middle of the playoff race despite having only won once since July 6. The bad news for Head Coach John Miglarese’s side is its visitor on Saturday night – league-leader North Texas SC – has rediscovered its scoring touch just in time for its season-ending road trip. After Ronaldo Damus’ hat trick in NTSC’s 4-0 victory against the Richmond Kickers on Tuesday night, North Texas has logged 14 goals over a four-game winning streak that has the side within reach of clinching the League One regular season title with a win against South Georgia. After its own 5-0 defeat to North Texas on August 27, it might take Tormenta FC’s best performance of the season to avoid a major blow to its playoff chances.