Greenville’s Gomez Named League One Player of the Week

TAMPA, Fla. – Greenville Triumph SC midfielder Carlos Gomez has been named the USL League One Player of the Week for Week 20 of the league’s inaugural 2019 season.

Gomez notched a pair of assists and completed 15 of 18 passes overall to lead Triumph SC to a 3-1 victory on the road against Toronto FC II on Friday evening. The victory kept Greenville in the middle of the race for the League One Playoffs with the club in fifth place as the week concluded, one point outside the four playoff positions. 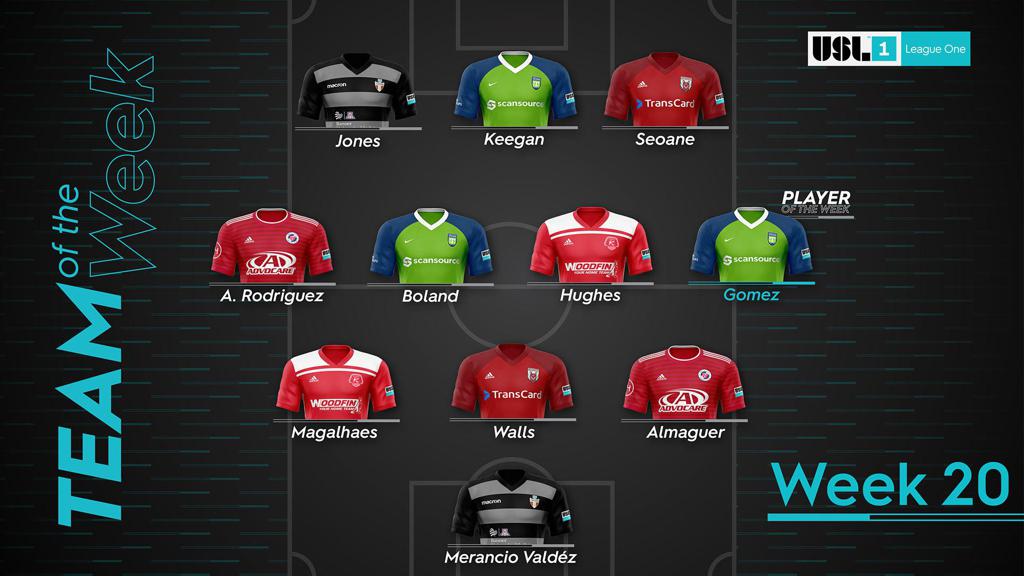 M – Arturo Rodriguez, North Texas SC: Rodriguez scored the equalizer for his side in a 1-1 draw with FC Tucson that capped a performance in which he made four key passes, completed 55 of 66 passes overall and made seven recoveries.

F – Jordan Jones, FC Tucson: Jones scored FCT’s goal and led the line for Tucson in a 1-1 draw on the road against North Texas, winning 12 of 23 duels and 9 of 16 aerial duels in a hard-working display.

F – Jake Keegan, Greenville Triumph SC: Keegan moved into a tie for the league-lead with his ninth goal this season while also completing 20 of 22 passes and winning 4 of 6 duels against Toronto FC II.

F – Sito Seoane, Chattanooga Red Wolves: Seoane scored the opening goal for the Red Wolves against Tormenta FC, completed 3 of 4 dribbles and made three recoveries in the club’s 2-1 victory on the road.