What to Watch For – League One Week 20 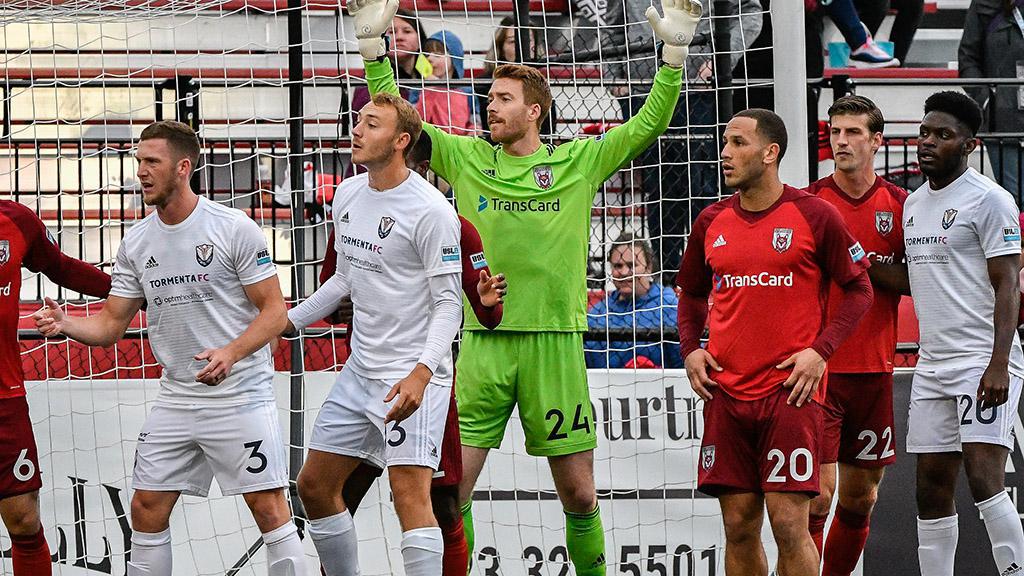 The final two months of the League One season kick off on Friday afternoon to open a four-game slate of games that will continue to shape the race for the postseason. Here are five things to watch for over the weekend’s action.

TIGHTENING UP: After an excellent start to the season placed South Georgia Tormenta FC at more than a 90 percent chance to reach the playoffs, the side enters this Saturday’s game against Chattanooga Red Wolves SC with the chance it could be below the playoff line by the end of the night. That situation has arrived due to a run of only one win in six games since the start of July, with four of the club’s six goals in that span having arrived in its 4-1 romp against last-place Orlando City B on July 24. While having some solid pedigree, Tormenta FC’s attack sits in the middle of the pack in chances created (163) and shot conversion rate (14.8 percent) this season, and while its defense remains stellar the hosts are going to need more from Marco Micaletto, Alex Morrell and their supporting cast to make sure this season doesn’t slide away.

REPEAT PERFORMANCE: For their part, the Red Wolves will be gunning to repeat its 3-2 victory against Tormenta FC when the two teams met early in the season in Chattanooga, one of six home victories Head Coach Tim Hankinson’s side has racked up this season. Results have been far more difficult to come by on the road for the veteran squad, though, with only one away win this season in nine contests. At the center of those issues has been Chattanooga’s inability to convert chances on the road, sitting ninth in the league with an 8.6 percent shot conversion rate that places the side above onlyOrlando City B. With the arrival of forward Greg Hurst to help supplement the front line this week, the Red Wolves need to put pressure on their hosts from the off in the same way as resulted in three goals in the opening 17 minutes in their previous meeting.

FINDING A BREAKTHROUGH: North Texas SC is still on top of the League One standings, but the club’s current scoring slump and lack of results has seen its lead drop from eight points to only one as it hosts FC Tucson late on Saturday night. At the center of the attention is forward Ricardo Pepi, who hasn’t scored for the side in his last four appearances as he balances time between NTSC and FC Dallas which has proven tricky. While that’s the case, the club is very confident he’s due to get back on track in short order. “This is a great learning process for him, and he’s got a lot of support,” FC Dallas Head Coach Luchi Gonzalez told Pro Soccer USA’s Arman Kafai this week. “He’s a human and he’s a part of a fantastic locker room with teammates that support him no matter his youth. I know he’s going to push through it and find his form but that’s by giving. That’s for everyone. It’s about the we. It’s about giving and not expecting to receive and if you give, life has a way of helping you learn. I know he’s focused on that.” 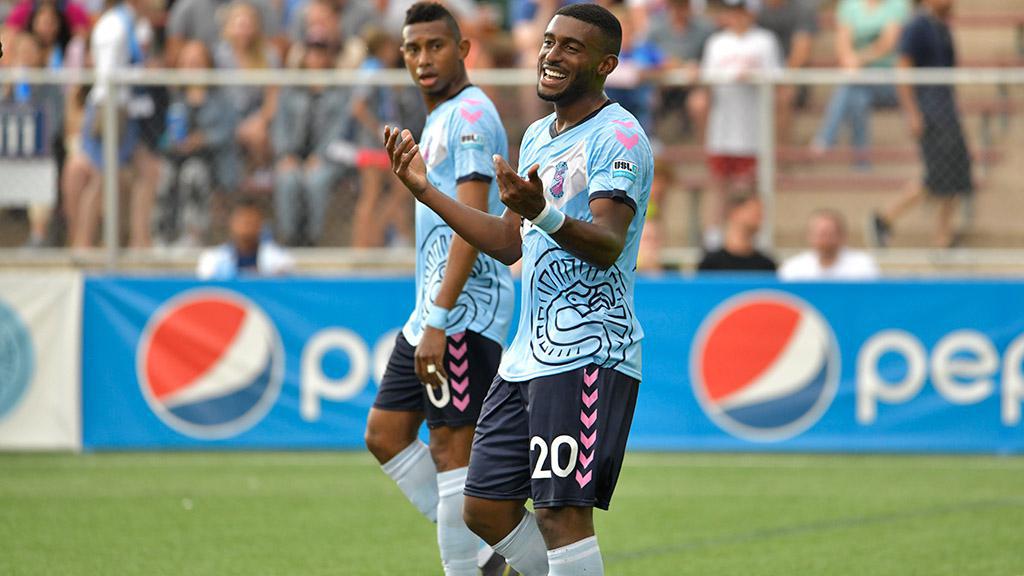 Forward Madison FC will try to make it four consecutive wins on Saturday night when it meets the Richmond Kickers for the first time in its history. | Photo courtesy Justin Nuoffer / Forward Madison FC

MAINTAINING THE STANDARD: Forward Madison FC has claimed three consecutive victories to move into the postseason places, and on Wednesday saw Daryl Shore named the League One Coach of the Month, but the side knows it will need to keep its foot on the pedal to ward off the chasing pack as it plays host to a Richmond Kickers side on Saturday night that, while off the playoff pace, has won its last two outings. For Shore, the difference in the club’s recent form has been a heightened attention to detail, including in the video analysis the club has done with the side. “I feel like our group has taken to those video sessions and taken to our training sessions, bringing up the intensity and the commitment and the competition every day,” Shore said this week. “That's led to our results on the field. We still have nine games left and we still have to keep pushing in the right direction. I'd rather be named Coach of the Month for October.”

NORTHERN CHALLENGE: Greenville Triumph SC got the victory it needed at home to South Georgia Tormenta FC to stay in touch with the playoff positions last weekend, and having gone 3-1-1 in the past five outings it appears to have found form at just the right moment to make a late-season run. It could get a test on Friday evening, though, from a Toronto FC II side that is smarting from back-to-back home losses that have seen it sink to eighth place in the standings but that should have a more familiar lineup in place for the contest at the BMO Training Ground. With players like Jay Chapman, Liam Fraser and Ayo Akinola having been with TFC for its Canadian Championship contest with Ottawa Fury FC on Wednesday night, it should mean a return to the starting lineup for TFC II leading scorer Jordan Perruzza, who, with eight goals this campaign, could prove a challenge for Triumph SC’s stingy defense.