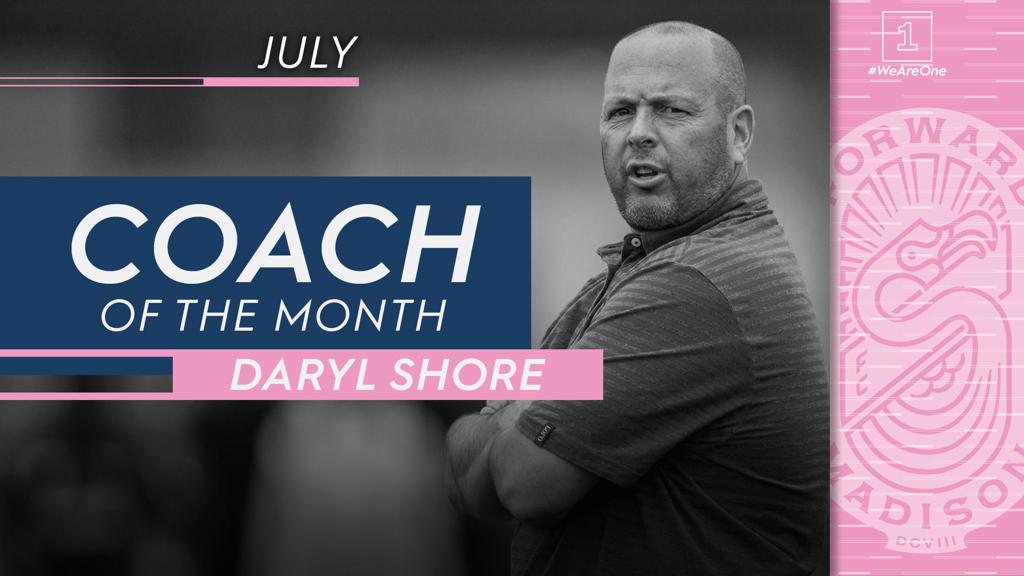 TAMPA, Fla. – Forward Madison FC’s Daryl Shore has been named USL League One’s Coach of the Month for July after his side took three victories in five outings to move into the playoff positions in the League One standings with two months of the season remaining.

“I think it is a testament of the hard work that our staff has been doing,” said Shore of the award. “The quality of the training every day that our players are bringing into it and being named the Coach of the Month is a true testament of what our group is trying to accomplish. I don't view it as an individual honor, but as a group honor between our staff and our players.”

Shore was selected as League One’s Coach of the Month by the USL League One Technical Committee.