Lansing’s Moshobane Named League One Player of the Week

Had two goals, one assist across crucial pair of victories for Ignite FC

TAMPA, Fla. – Lansing Ignite FC midfielder Tumi Moshobane has been named the USL League One Player of the Week for Week 19 of the league’s inaugural 2019 season.

Moshobane recorded two goals, one assist and eight key passes across two victories for Lansing that helped propel the side into second place in the League One standings at the end of the week’s action, while also earning nomination for the league’s Goal of the Week for his strike against Chattanooga Red Wolves SC. 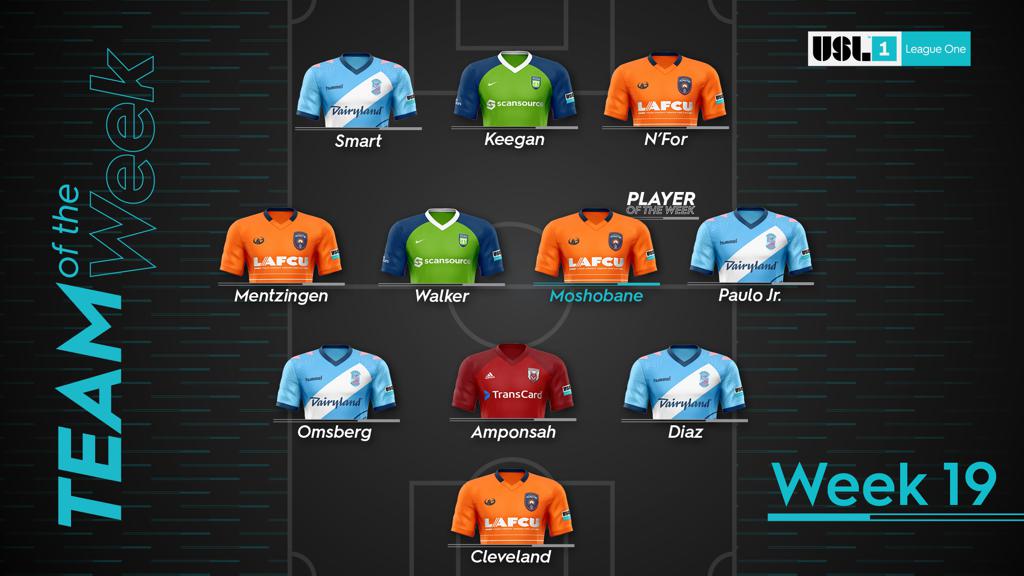 D – Wyatt Omsberg, Forward Madison FC: Omsberg made 13 recoveries, 11 clearances – including a crucial goal line denial against FC Tucson – and completed 97 of 114 passes over two wins on the week for the Flamingos.

M – Paulo Jr., Forward Madison FC: Paulo Jr. scored a pair of goals to lead the Flamingos to a midweek victory on the road against Toronto FC II and made 14 recoveries across the club’s two victories on the week.

F – Don Smart, Forward Madison FC: Smart had a goal and assist over the week – including the game-winning finish in Saturday’s game against FC Tucson – while also completing 50 of 64 passes and making 10 recoveries.