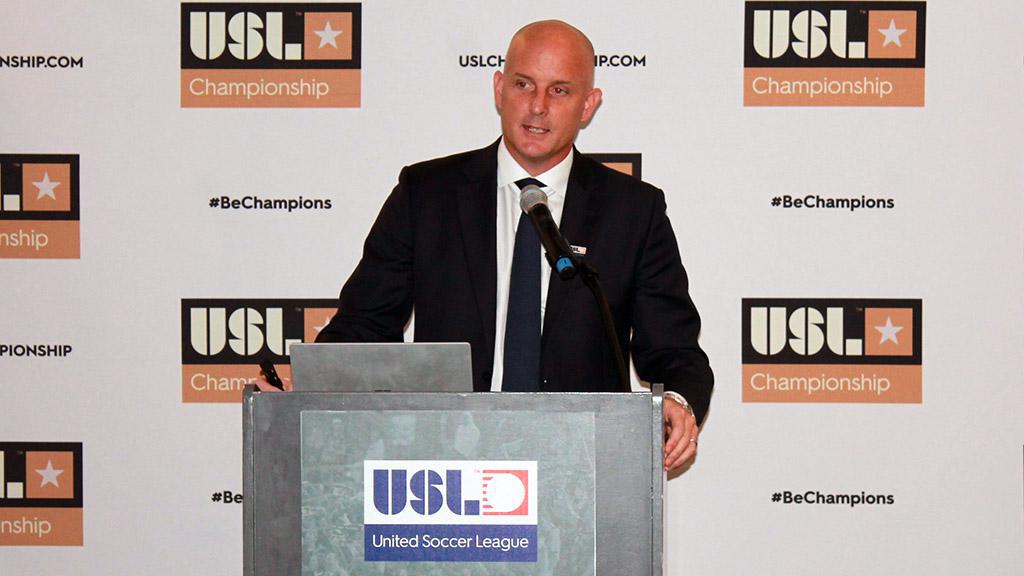 ORLANDO, Fla. – After two productive days, the 2019 USL Mid-Year Meetings concluded on Wednesday afternoon, and the sentiment among all of those on hand across league executives and leadership from clubs across the USL Championship and USL League One was one of positivity.

“Energy, optimism and excitement sums it up well, I think,” said USL President Jake Edwards. “We’re closing out our 10-year strategic plan ‘Destination 2020’, and with that we begin a new decade for us so a lot of the meetings yesterday and today were about the laying out our vision of the league we want to become over the next 10 years, or at the very least in the next seven years when the World Cup arrives on these shores.”

At the forefront of that next phase will be a renewed focus on the growth of the league’s commercial and media business. The success of the league’s introduction of the USL Championship, League One and League Two as its three senior leagues, as well as new commercial partnerships have given the USL a strong platform to build on as it moves toward its 10th season in 2020.

The arrival of new stadium facilities across the league, which will soon be joined by Louisville City FC’s soccer-specific venue next season and those currently being planned by the Charlotte Independence and Colorado Springs Switchbacks FC, were also a discussion point over the course of the meetings as more clubs aim to create an environment that will maximize the in-venue experience for corporate partners, fans and players.

“We discussed what the media landscape looks like for the USL moving forward over the next several years, what are the commercial programs we’re investing heavily into and who we’re working with, and what do those returns look like,” said Edwards. “We also talked about the new stadium strategy and the type of stadiums we want to continue to build and expand over the next few years, and where we want to make investments into training facilities, academy programs and other infrastructure around our clubs.”

For the club leaders in attendance, both of established organizations and more recent arrivals to the league, the meetings illustrated the positive direction the USL is moving both on and off the field.