Tucson’s Jambga Named League One Player of the Week

TAMPA, Fla. – FC Tucson midfielder Devyn Jambga has been named the USL League One Player of the Week for Week 17 of the league’s inaugural 2019 season.

Jambga scored a pair of goals to lead Tucson to a 3-1 victory against Greenville Triumph SC on Saturday night at Legacy Early College, giving the visitors a welcome boost in their pursuit of a place in the League One Playoffs at the end of the season. 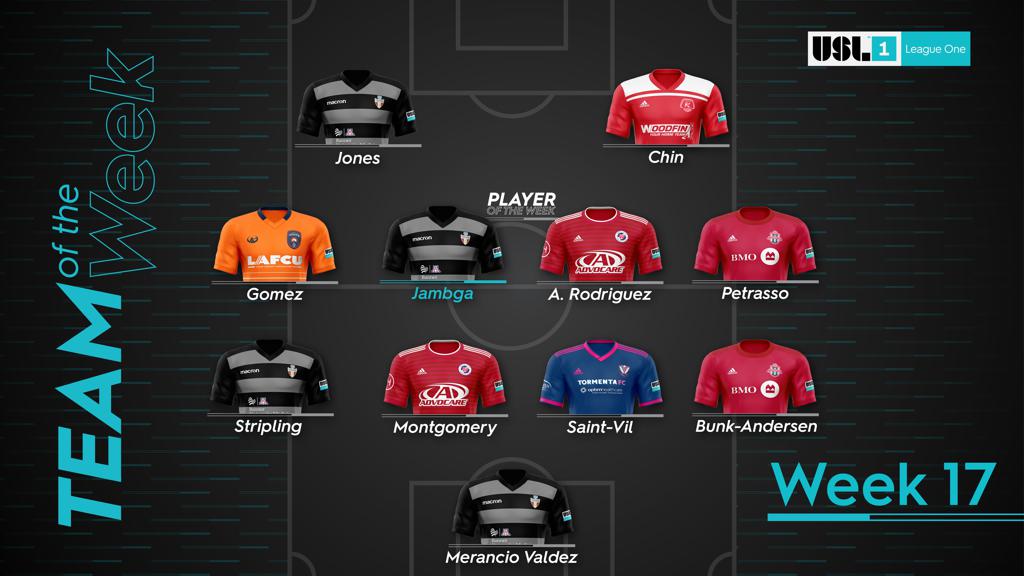 D – Colin Stripling, FC Tucson: Stripling put in a dominant display on the back line for Tucson, winning 12 of 14 duels and 7 of 7 aerial duels while making nine recoveries and three interceptions.

M – Devyn Jambga, FC Tucson: Jambga struck a pair of outstanding finishes in addition to winning 3 of 4 duels and recording three recoveries in Tucson’s 3-1 victory on the road against Greenville.

F – Jordan Jones, FC Tucson: Jones notched a pair of assists and completed 14 of 19 passes overall while also recording four recoveries and one interception in Tucson’s win against Greenville.

F – Dennis Chin, Richmond Kickers: Chin scored the only goal of the game, recorded two key passes and completed 14 of 16 passes overall as the Kickers took a 1-0 victory against Orlando City B.