What to Watch For – League One Week 17 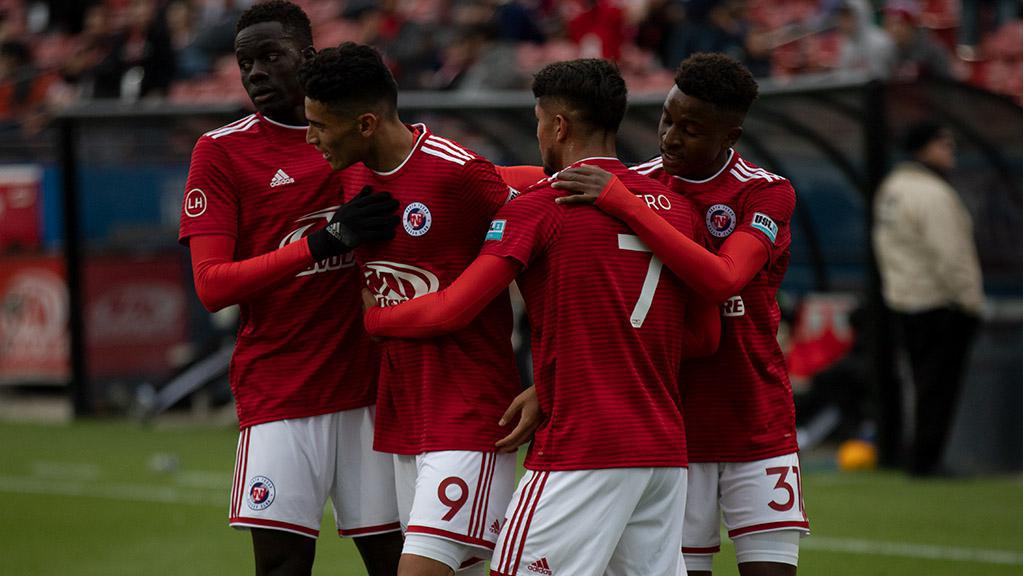 The first meeting between the two teams that have sat at the top of the League One standings arrives this Saturday night with South Georgia Tormenta FC suddenly under pressure in second place, and a key top-five meeting between Toronto FC II and Lansing Ignite FC highlight this weekend’s action. Here’s what to watch for:

HOME-FIELD ADVANTAGE: Only one side has visited North Texas SC at Toyota Stadium this season and emerged with a point, an indication of how dominant the League One leaders have been on their home turf this season. NTSC has a +11 goal differential and a +41 differential in total shots that has led to a 7-0-1 record and an eight-point advantage over second-place South Georgia Tormenta FC in the standings. The two teams meet for the first time on Saturday night – with additional contests arriving in August and September – and should North Texas’ home form hold true it would be hard to see any other side sitting on top of the standings when the postseason arrives.

BREAKING THE SLUMP:  Tormenta FC hasn’t exactly had the ideal build-up to its first meeting with North Texas. The side enters Saturday’s game against North Texas in arguably its poorest form of 2019 with back-to-back defeats to Forward Madison FC and Toronto FC II allowing the rest of the top five to pull within range of the early frontrunner. South Georgia had built its advantage over everyone but NTSC through an airtight defense that has still registered the most shutouts in the league this season, but five goals conceded over the past two outings have accounted for almost half of the 12 goals the side has allowed through 14 games. Facing a potent North Texas SC attack, Tormenta FC’s defense is going to have to close ranks if it’s to have a chance to come away from its first trip to Texas with something to show for its effort.

REDS’ FORWARD THINKING: Coming off a 3-0 victory against Tormenta FC last Friday evening, Toronto FC II is in position to sit in third place in the League One standings if it can produce another home victory against Lansing Ignite FC on Friday evening at the BMO Training Ground. TFC II has been outstanding at home this season, one of only three teams alongside NTSC and Chattanooga Red Wolves SC to hold an undefeated record on home turf with four wins from six outings and a +8 goal differential. There will be added pressure on Lansing as it heads to Toronto for this contest, too, with TFC II holding three games in hand on its visitors. If the Reds emerge with all three points, as they did against Lansing on June 8 in a 3-0 win on home turf, it would give them a major boost to their playoff hopes and put a severe dent in the same aspirations for Ignite FC.

KNOCKOUT ROUND: With both teams having played 15 games so far this season it’s a bit too strong to say Saturday night’s game between Greenville Triumph SC and FC Tucson is going to determine the playoff fate for either. That said, with Greenville four points off and Tucson five points back of fourth-place Chattanooga Red Wolves SC – which is idle this weekend – the winner of this contest, should there be one, would do its playoff chances no end of good. Greenville comes in with better form of the two sides with wins in two of its last three outings, but Tucson fought well to take a point from Lansing Ignite FC on the road last week. With a long road still ahead before its home-heavy end of the season, Tucson wouldn’t feel too bad about a draw here, but if  things are level going into the final 15 minutes you should expect to see Greenville open up and go for what would be a big three points at home.

BATTLE AT THE BOTTOM: Both the Richmond Kickers and Orlando City B had bursts early in the season that raised expectations they could contend with the rest of League One. With the Kickers on a four-game losing streak and OCB having lost four of its last five outings as the sides meet on Saturday night at City Stadium in Richmond, the only thing at stake might be who avoids finishing bottom of the standings come the end of the season. For the Kickers, goalscoring has again been a serious issue; after recording only 30 goals in 34 games in the Championship a season ago, Richmond is tied for last in the league with 11 goals in 15 games this season that includes a scoreless streak that has reached 550 minutes going into this game. Orlando will take that as a sign of hope it can end its own dismal run of form, and replicate its victory when the teams last met on May 22.