Almost 5,000 fans on hand for club’s final international exhibition of its inaugural campaign 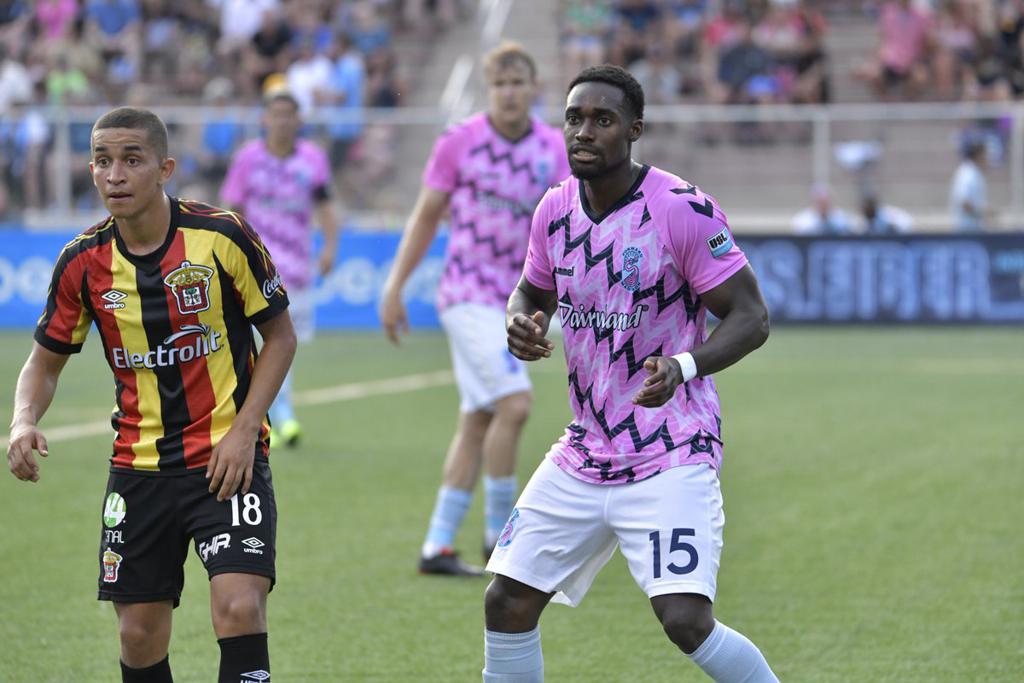 MADISON, Wisc. – In front of a crowd of 4,802 that packed into Breese Stevens Field, Forward Madison FC defeated one of Mexico's major soccer clubs on Tuesday night with a 2-1 victory against Leones Negros UdeG. It was the perfect night to cap off FMFC's final international exhibition of its inaugural season, as the Flamingos came from behind to wow the crowd, the team's second-largest of the year.

According to FMFC Head Coach Daryl Shore, his team took the most of its chance to show many first-timers how good Madison’s team is.

“Hopefully tonight some fans that came out that don’t normally come out have now seen what this is about,” Shore said. “What you would want from a lot of the Latino fans is (that) it’s fair that they have their teams at home, but now this should become their other team, because it’s in their city, they can come to the games every weekend.”

After a disappointing home draw to Chattanooga Red Wolves SC in USL League One action on Saturday, FMFC fielded a mostly full-strength lineup. The Flamingos were trying to work on their game just as much as they were trying to enjoy the moment and assess guest players, such as midfielder Matteo Kidd of the Green Bay Voyageurs, who started the game for FMFC.

During the match, Madison again came out fast, but its momentum was put to rest by Panamanian forward Jorlian Sanchez, who took a long ball over the top of defense, beat Connor Tobin on the dribble, and sent a low drive to the right of a diving Dayne St. Clair that just made it inside the post in the 37th minute.

The game took on a chippy edge, which resulted in seven yellow cards and one red card in total, although just two of those cautions went the way of the Flamingos.

At the end of the first half, Madison earned an equalizer with a 45th-minute goal from Brian Bement, who stuffed home a loose ball after standing his ground in the penalty area.

After the break, both sides made wholesale changes to their lineups, with FMFC switching every player off the pitch and Leones Negros making six changes before Omar Bravo subbed on in the 61st minute.

Just before Bravo came on, the Flamingos found the go-ahead goal with a brother-to-brother connection as Anthony Markanich found Nick Markanich for a beautiful headed goal with a fine long ball. Both Markanich brothers play for USL League Two’s Green Bay Voyageurs, and were in Madison as guests for the Flamingos.

“We sorted out [our first half issues] and we kind of picked and chose spots to figure it out, but credit to our guys,” Shore said. “To get the goal back and then [score in] the second half, I thought our group was really good, really active and made it really hard for them to play.”

The rest of the match played out in a less-than stellar fashion for the visitors, with UdeG midfielder Marvin Ceballos receiving a red card in stoppage time. Still, it didn’t dampen the mood for FMFC's best exhibition result of the season, which included previous games against Hertha Berlin and Minnesota United FC.