North Texas’ Damus Named League One Player of the Week

TAMPA, Fla. – North Texas SC forward Ronaldo Damus has been named the USL League One Player of the Week for Week 14 of the league’s inaugural 2019 season.

Damus led North Texas to a pair of victories over the week, scoring the game-winner in the side’s 1-0 win against FC Tucson on Tuesday before adding another in a 3-1 win against Lansing Ignite FC on Saturday. Damus has now recorded goals in four consecutive games and leads League One with nine goals on the season. 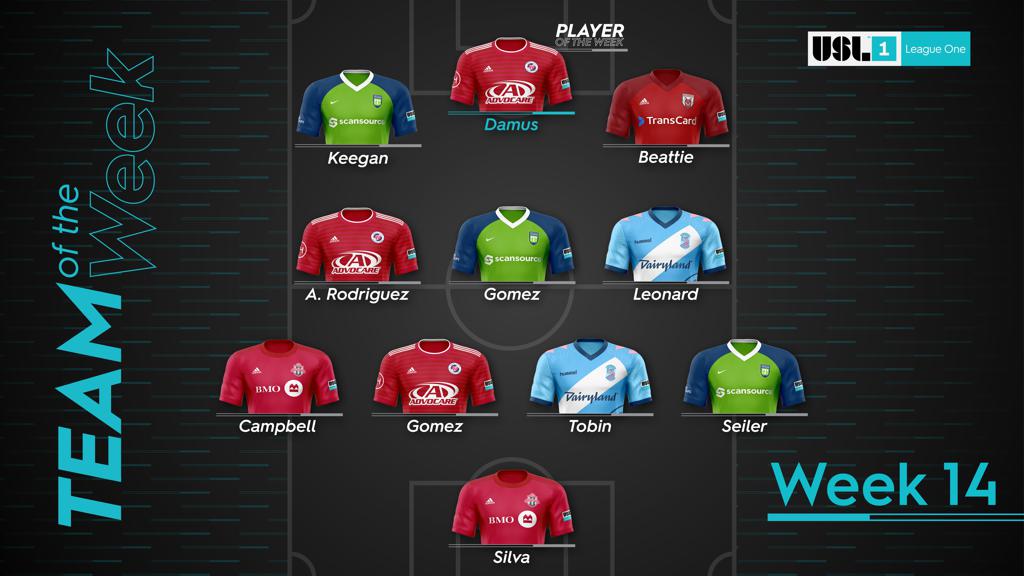 GK – Kevin Silva, Toronto FC II: Silva posted six saves, including an outstanding double-save in the first half, to help his side earn a 1-1 draw with Forward Madison FC on Friday evening.

M – Carlos Gomez, Greenville Triumph SC: Gomez found the net and completed 33 of 43 passes while recording eight recoveries and winning 5 of 7 duels and 3 of 3 aerial duels in a strong two-way performance against Orlando.

F – Ronaldo Damus, North Texas SC: Damus continued his scoring streak with goals in both of North Texas’ wins against FC Tucson and Lansing Ignite FC while also making 10 recoveries and completing 31 of 41 passes over the two games.

F – Steven Beattie, Chattanooga Red Wolves SC: Beattie scored the lone goal as the Red Wolves took their fourth win in the past five games with a 1-0 victory against the Richmond Kickers.