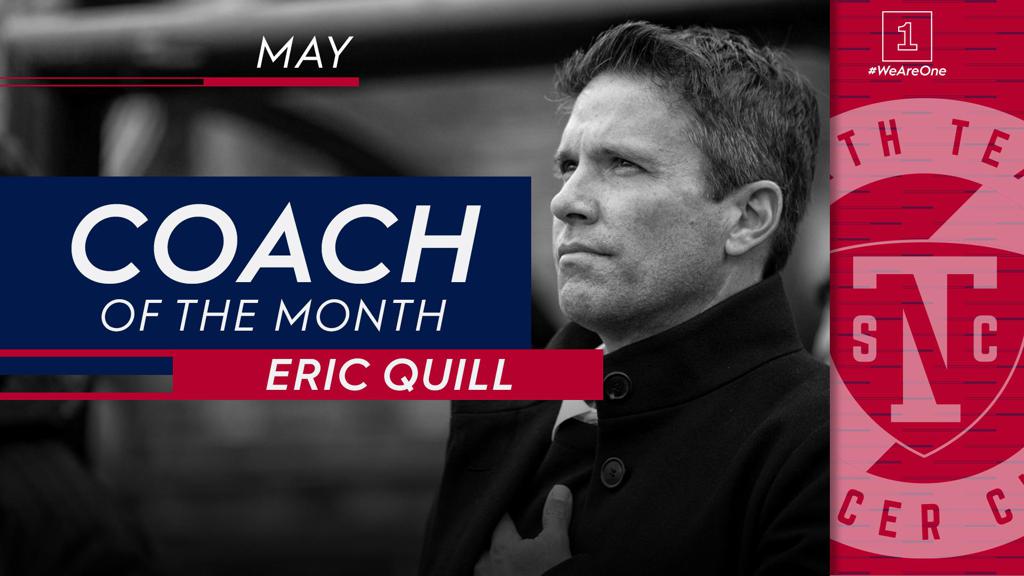 TAMPA, Fla. – North Texas SC’s Eric Quill has been voted USL League One’s Coach of the Month for May after his side claimed three victories in five outings during the month to move to the top of the League One standings.

North Texas has put together a perfect home record of 5-0-0 this season and leads the league with 20 goals as four different players have found the net on multiple occasions this season. A native of Texas, Quill played for nine seasons in Major League Soccer before moving into coaching, and was previously the Technical Director of Texans Soccer Club in Houston, and has also served as an assistant coach in the United States Youth National Team program prior to his first professional head coaching position.

“I feel like these awards are a reflection of the players playing the game and executing the things that we ask them to do so this is an award that I share with all the players and staff,” said Quill. “I've got a lot of people that really help in making sure we're successful so this goes to [Assistant Coach] Alex Aldaz, [Assistant Coach] Michel [Garbini], [Athletic Performance Coach] Ardy [Vahidtari] and the players and [Goalkeeping Coach] Nestor [Merlo].”

Quill was selected as League One’s Coach of the Month by the USL League One Technical Committee.