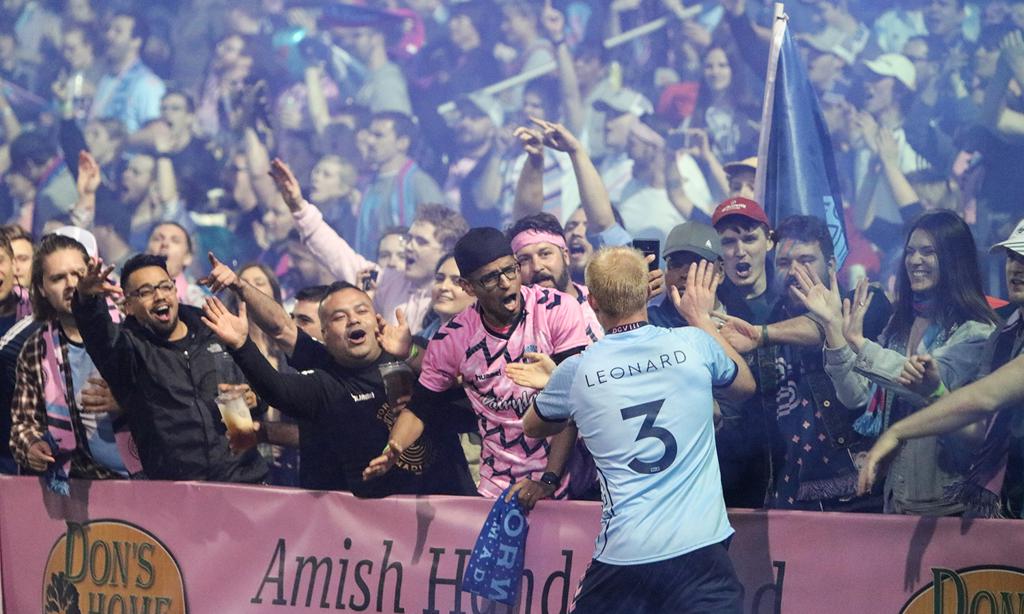 MADISON, Wisc. -- Amidst the midseason chaos that has created a log jam in the middle of the League One table, two clubs have suddenly found themselves drifting towards the bottom of the standings and in need of a win.

Forward Madison FC and Lansing Ignite FC will meet for the first time this season Saturday night at Breese Stevens Field in Madison, Wisconsin. Both clubs are seeking their third wins of the season to snap multiple-game winless skids.

“We know it’s not a must-win game, but it’s a ‘we need to win’ game,” said Madison Head Coach Daryl Shore. “We’re going to be dissatisfied if we don’t come out of the Lansing game with three points.”

The Flamingos sit in ninth place and are winless in their previous three League One matches, losing their last two to North Texas SC and Tormenta FC who sit at the top of the standings. Shore has had to rotate his squad during the month of May as the club advanced to the third round of the U.S. Open Cup. With Madison dropping out of the single-elimination tournament on Wednesday night, losing 3-1 to USL Championship side Saint Louis FC, all focus turns towards league play and Lansing tomorrow night.

A capacity crowd is expected on hand at Breese Stevens Field to witness the first ever match between the geographic rivals, which should give the home side a boost. Madison has received fantastic fan support so far this season, averaging 4,010 fans per game, a figure the club expects to exceed on Saturday night.

“We feel like games at home, we need three points in all of them,” Shore said. “Sometimes maybe we’ll settle for a point, but those really aren’t going to be good enough.”

Madison’s opponent sits in eighth place in the league standings, two points ahead of the Flamingos. The Ignite haven’t won a match since defeating the Richmond Kickers on April 13, but will be looking to carry momentum from holding the league’s top two teams to draws in its previous two outings into Saturday’s showdown in Madison.

"We've been trying to really improve at closing out games, and we showed that we could do that away in our last game at Tormenta," LIFC Head Coach Nate Miller said. "Right now, the biggest area of improvement is being able to put together all of the pieces of our game.”

Optimists will look at Lansing’s recent results and point out that the club hasn’t lost in four matches. The Ignite have earned four consecutive draws, becoming the first club this season to earn points against North Texas SC and Tormenta FC at Erk Russell Park along the way.

During the four-match unbeaten run, Lansing twice looked to be heading towards three points only to settle for a draw after conceding a goal in the dying moments of the match.

“We've done well at times,” said Miller. “But we've only had it maybe once or twice where we've dominated from start to finish. From the opening whistle to the last 10 minutes, to perform well with everything in our game is what we want, and we're working hard to do that."

Heading into the match, Lansing and Madison can find comfort, and hope, in what Toronto FC II did this week. With a 3-2 win over league-leaders North Texas on Wednesday, TFC II moved from seventh place in the table to third.

In a league with results that prove anyone can beat anyone on any given day, a single win can move you from the cellar to above the playoff line. Both clubs will be pushing hard on Saturday night to ensure they’re the side moving up, which should provide great entertainment for those in attendance.