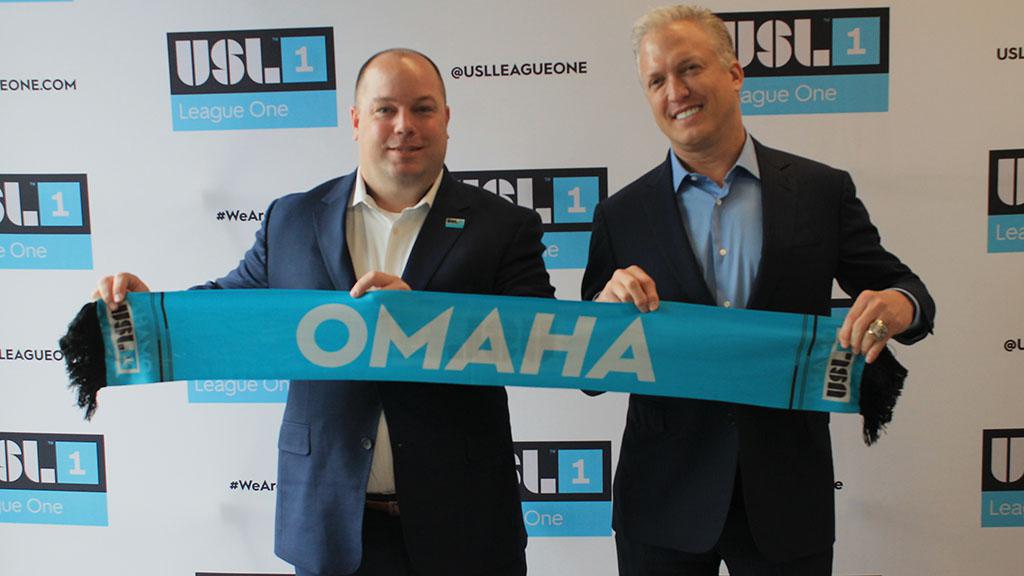 PAPILLION, Neb. – The United Soccer League (USL) announced today it had awarded a USL League One franchise to Alliance Omaha Soccer Holdings, making Omaha, Nebraska the first new market to join League One for the 2020 season. The club will be the only professional soccer club currently operating in the state of Nebraska and will be coached by former University of Nebraska Omaha Head Coach Jay Mims.

“The Omaha soccer community has been yearning for a team to call their own and more importantly deserve a team to call their own,” said Gary Green, Owner and CEO of Alliance Omaha Soccer. “The USL’s vision to grow the beautiful game has shifted the dynamics of cities and communities across the country, creating an energy and passion that these communities have never seen before. Like other USL cities, Omaha metro and Sarpy County will experience this same shift.”

For more than two years, Alliance Omaha Soccer has been in communication with the USL regarding the opportunity to bring professional soccer to the greater Omaha region.  The new team will play at Werner Park, which is undergoing a variety of stadium improvements to support the addition of a second team and sport. The team will have its own staff and be led under the leadership of President and GM Martie Cordaro.

“Omaha metro is an established sports destination and one that will thrive as a home to professional soccer,” said USL Senior Vice President Steven Short. “The addition of Omaha to League One allows us to continue to bring professional soccer to new communities across the country. Gary Green and his team have reached great heights with their sports ventures and we know he’ll be able to mirror that success on the soccer field. We look forward to watching the greater Omaha community rally around this club as it works towards its inaugural season in 2020.” 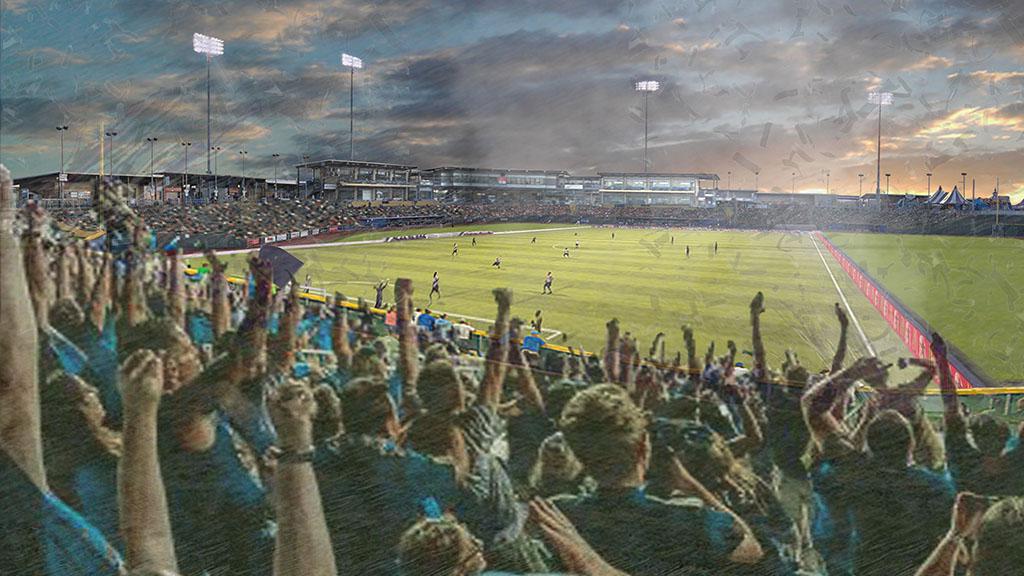 Werner Park will become home to a new USL League One club based in Omaha for the 2020 season. | Image courtesy DLR Group

Mims’ appointment as the club’s Head Coach brings one of the leading figures in Omaha’s soccer history back to the region. Mims burnished his reputation with Omaha soccer fans as he created and built the NCAA Division I soccer program at the University of Nebraska Omaha. Named the Summit League Coach of the Year in 2014, Mims led the Mavericks to a its first Summit League Tournament Championship in 2017, a remarkable ascent for a program in just its seventh season. Mostly recently Mims served as an assistant coach for Real Salt Lake Academy U19 and U17 teams and was the Director of Scouting for one of the top Academy programs in Major League Soccer.

The organization also announced the hiring of Matthew Homonoff as its Chief Operating Officer. Homonoff comes to Omaha from Des Moines, Iowa where he was one of the top General Managers in USL League Two for the Des Moines Menace. Appointed to the GM role in Des Moines late in 2012, Homonoff guided the club to five consecutive appearances in the League Two Playoffs between 2014 and 2018, a stretch that included four division titles and success in the Lamar Hunt U.S. Open Cup.

“We have established a level of excellence at Werner Park through the experiences we provide our guests and the partnership we have with Sarpy County,” said Cordaro. “Through soccer, we can continue to elevate the sports and entertainment experience for the greater Omaha region, as well as create an environment to develop talent, both on and off the field.”

The team’s name and crest will be released later this year. It will be developed through the input and engagement of fans and reflect the spirit and community of the greater Omaha region. The team will be hosting a series of town halls, workshops, interviews and online polls in order to gather as much input as possible from the soccer community during the creation process of the club’s crest. Fans can learn more and participate at omahaprosoccer.com.

Werner Park will undergo construction beginning in the Fall of 2019 to ready the stadium for soccer.  The stadium upgrades, being funded by Sarpy County, will include additional locker rooms, field enhancements, and offices for the organization’s new soccer staff.  Renderings of the new field layout are available.