Winner of clash between Tormenta, Triumph gets date with Championship’s Battery 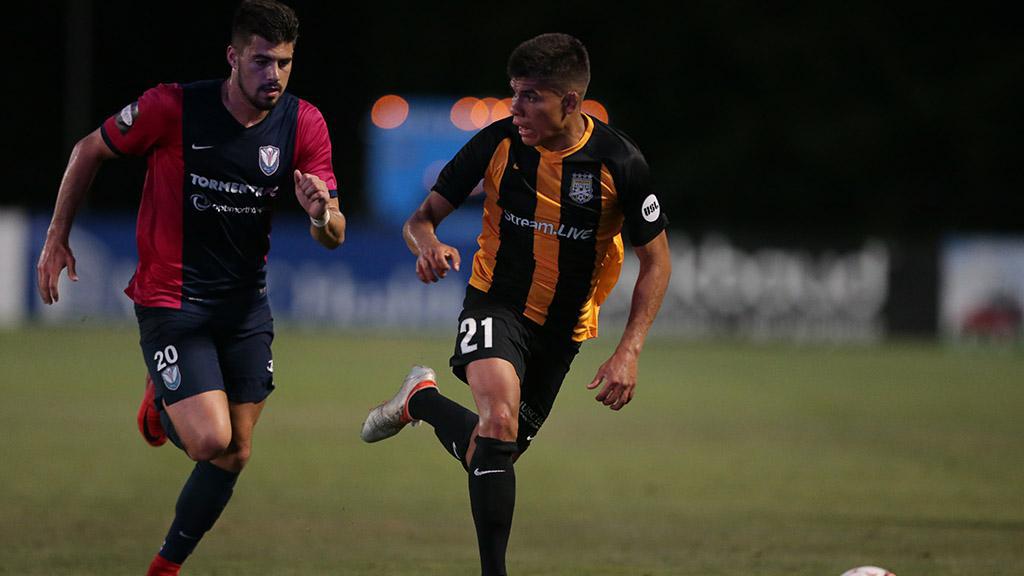 South Georgia Tormenta FC would meet the Charleston Battery for a second consecutive season in the Lamar Hunt U.S. Open Cup should it advance past Greenville Triumph SC in the opening round. | Photo courtesy Charleston Battery

CHICAGO – USL League One clubs learned their potential matchups for the Second Round of the 2019 Lamar Hunt U.S. Open Cup on Wednesday afternoon, with Greenville Triumph SC the lone side to claim a home draw out of the league’s six sides in the competition.

Triumph SC will square off with South Georgia Tormenta FC in the First Round and would host the USL Championship’s Charleston Battery at Legacy Early College in a clash between the two professional clubs in South Carolina. Should Tormenta FC advance, it would visit the Battery at MUSC Health Stadium on either May 14 or 15.

The remaining four League One clubs will all hit the road to face Championship opposition should they advance through the opening round. Lansing Ignite FC would travel to face Indy Eleven at the Sellick Bowl on the campus of Butler University, which would see current Ignite FC winger Nathan Lewis get the chance to face his former club, while Chattanooga Red Wolves SC would face an in-state matchup with the Championship’s Nashville SC at Dean A. Hayes Track & Soccer Stadium, Murfreesboro, Tenn.

Forward Madison FC would face a long trip to west Texas with victory in the opening round after being drawn to visit the Championship’s El Paso Locomotive FC at Southwest University Ballpark, while the Richmond Kickers would get a shorter trip to face North Carolina FC at Sahlen’s Stadium at WakeMed Soccer Park.

Every game of the 2019 Lamar Hunt U.S. Open Cup will be broadcast live on ESPN+.