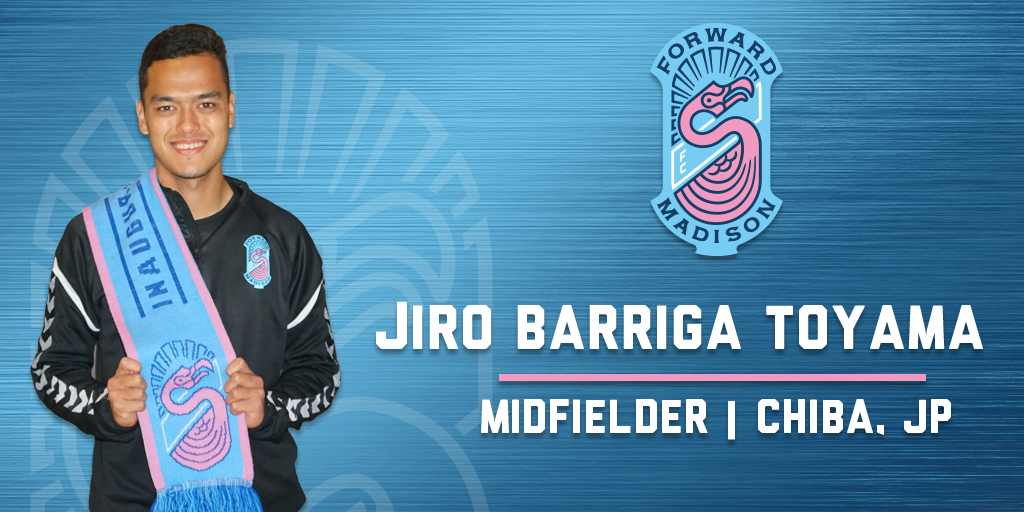 “We were able to see Jiro while we were with Minnesota during their preseason in Arizona,” Shore said. “We really liked his qualities and both us and Minnesota thought it would be the right fit to get him with our group.”

According to Shore, the 23-year-old Barriga Toyama can play either as a fullback or a winger on both sides of the pitch. He started in FMFC’s March 2 preseason game against Saint Louis FC as a right winger but scored a hat trick for Minnesota United against FC Tucson on January 29 while playing on the left side.

“Jiro is a player who has an attacking mindset and likes to get forward,” Shore said. “He is very comfortable on either side of the field. His attacking abilities along with his defensive awareness make him a good match for our team.”

Barriga Toyama grew up in Japan and trained with JEF UNITED for six years before moving to the United States in 2014. He played first at Barton Community College (KS) before transferring to Florida Gulf Coast University, which he graduated from in 2018. During college offseasons, he gained experience playing for the Brooklyn Italians and FC Wichita.

For Barriga Toyama, Forward Madison’s offensive approach under Shore fits in perfectly with how he likes to play.

“I’m good at 1-on-1 situations - I run a lot and love to move into the attack,” said Barriga Toyama. “I’m very grateful for the opportunity to be a part of Forward Madison. I can’t wait for the season to start and to make our supporters proud.”