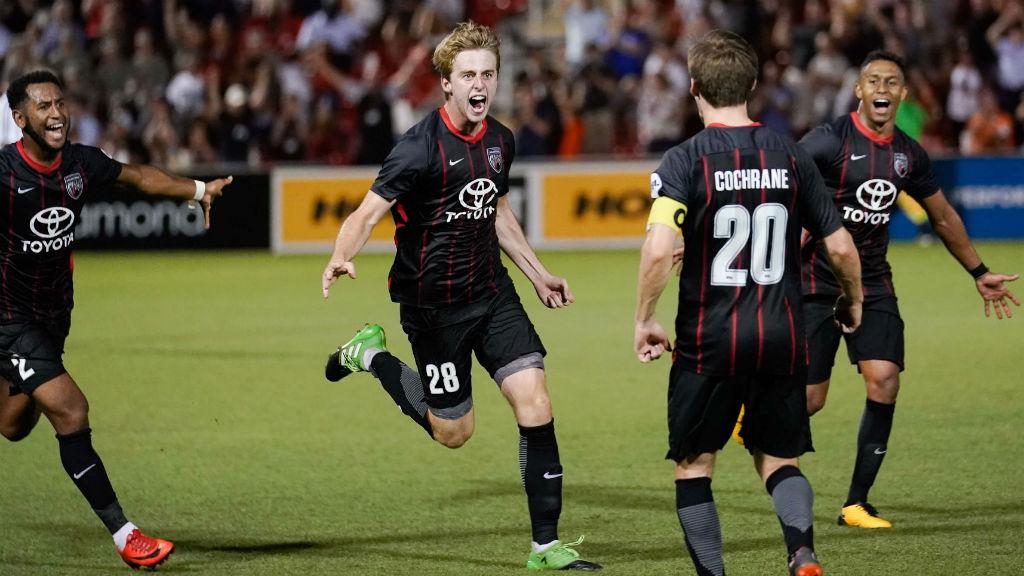 LANSING, Mich. – Lansing Ignite FC announced the acquisition of forward Alex Bruce on Monday, with the 20-year-old set to join the club on loan for the 2019 season from USL Championship side San Antonio FC. The transaction is pending league and federation approval.

Bruce originally began training with SAFC towards the end of the 2017 season before signing his first professional contract with the team in January 2018. In his rookie season with San Antonio, Bruce scored three goals and completed 72.7 percent of his passes in 13 regular-season appearances.

“Alex has had a good preseason and worked hard with the group,” said SAFC Head Coach Darren Powell. “He has an opportunity to go and get games with Lansing, and we are looking forward to watching him progress and see how he does.”

Originally from England, Bruce appeared in 31 games for the Texans SC Houston U-17/18s from 2016-2017, scoring 17 goals in 29 starts and leading the team to its first-ever U.S. Soccer Development Academy Championship.

“Alex is a young striker who broke through last year with San Antonio,” said Lansing Head Coach Nate Miller. “His movement off the ball and goal-scoring ability for a young player is exciting, and he has the detailed qualities I look for in a striker as he is very cerebral in his movements but also very brave in the box. This is an important year for Alex to battle and prove that he can be a match-winner consistently.”

“I’m excited to join the team on loan and meet up with my teammates and the coaching staff,” Bruce said. “I’m excited for the new challenge ahead and look to make it a successful year for the club.”